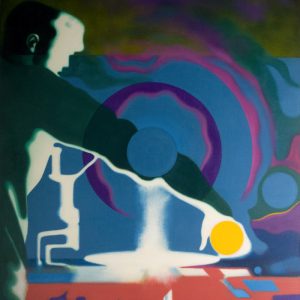 For sale is an original painting by Erle Loran, titled Light Operator. Signed and dated in the lower right corner,with an Oakland, California exhibit label on verso. 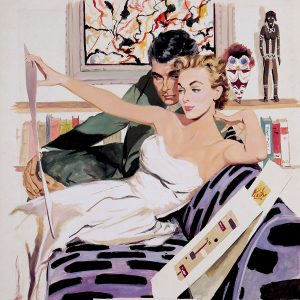 Dating to the 1950s, this Mid-Century Modern original advertising illustration features a young, stylish, and well-to-do couple looking at travel posters and pondering their next destination. The African masks and tribal Zuni Fetish Doll on the mantle as well as the hanging modernist abstract art let the consumer know that this couple is sophisticated and well-traveled. A […] 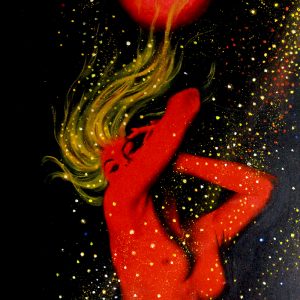