From the son of a small town tugboat captain to the Father of American Pin-Up Art, Rolf Armstrong led a full life and had a long and prolific career. In 1919, Armstrong aligned himself with Brown & Bigelow where he painted countless images for advertising calendar art.

Mahlon Blaine’s best work walked the razor’s edge between the grotesque and beautiful. A childhood accident left the artist – who was born in 1894 – blind in his left eye, an accident that contributes to the flattened perspective that marks his work. 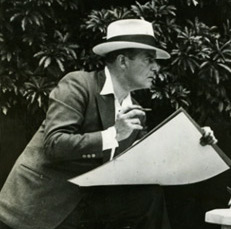 Henry Clive’s colorful life began in 1882 as Henry O’Hara in Austrailia. He made his way to Hollywood supporting himself with the trade of a magician and later became a Silent screen actor. His magazine cover illustration work ultimately propelled him into being an iconic force of the art deco Jazz Age.

One of the most prolific yet unheralded American pulp, advertising, and pin up illustrators of the 20th century, Cardwell Higgins is remembered most for the highly inventive and provocative covers he created for depression-era Spicy Pulp titles such as “Silk Stockings” and “Expose Detective”. Higgins left behind an incredibly wide and varied body of work, which spanned genres, styles, and generations of trends. 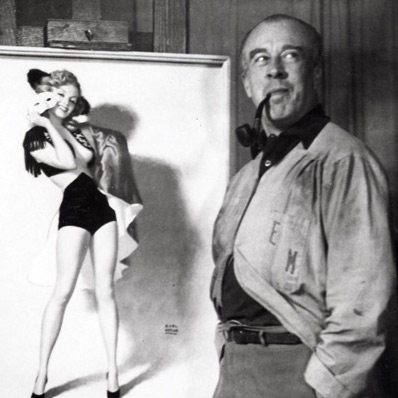 An artist who played as hard as he worked, Earl Moran’s sensual Art Deco pin-up girls were among the most popular calendar and mutoscope card images produced by Brown & Bigelow. He is best known for his work with Marilyn Monroe. Although Charles Sheldon can arguably be called one of the pioneers of pin-up illustration, his roots came from art nouveau advertising art. One the highest paid illustrators of his time, his cover illustrations were ingrained in the minds and eyes of the American people. His glamorous interpretations of Clara Bow, Jean Harlow, Greta Garbo and Marlene Dietrich are among his most well-known.

Before Arthur Spear could read, he was fascinated with drawing pictures of horses. From that very early age, art was a clear focus for Spear. The majority of his artwork was not intended for commercial use with the exception of “Daydreams” which is his most famous image for this reason. He gave up painting in 1944, giving away all of his art supplies and destroying many of his paintings on hand. 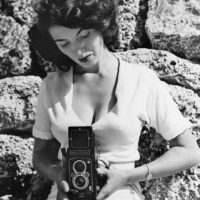 Bunny Yeager was recognized for her incredible mastery of technique. Yeager’s command of fill flash technique, her pioneering use of the outdoor settings that abounded in Miami, and the innovative techniques that she developed to create her many self-portraits all reverberated through the world of glamour and fine art photography, and her influence can be seen in the work of present-day luminaries like Cindy Sherman and Yasumasa Morimura.