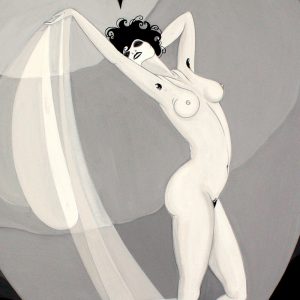 This gouache on illustration board painting was created in 1927 by John Vassos, a singularly unique inventor, industrial designer and artist and illustrator, and appeared in the E.P. Dutton & Company edition of Salome. 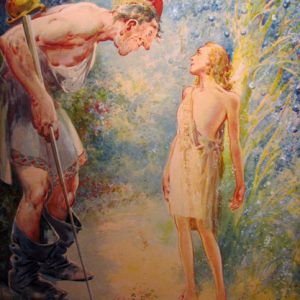