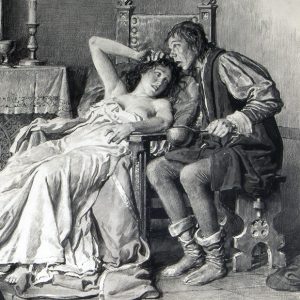 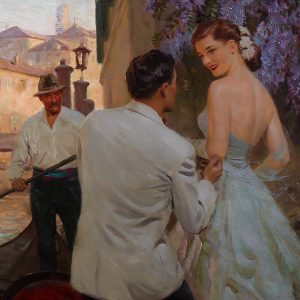 This luminous, expressive oil on masonite was created as an interior story illustration by beloved american artist Tom Lovell, which has verso notations which lead us to believe this was published in the May, 1947 edition of American Magazine, a title the artist frequently worked for. A young snappily attired couple are shown surrendering to the […] A noir and exquisitely detailed rendering for an interior magazine story titled on verso French Murder. By the gifed Fortunio Matania, who was known for his photo like realism and finely detailed intricate renderings and the use of period props and embellishments to create an air of authenticity to his historically based works.