Who were the artist's models and muses whose faces and figures are instantly recognizable to lovers of early 20th century art and photography? It's a question we at Grapefruit Moon Gallery ask ourselves often, and the more we learn about them the more fascinating they become. To share our passion, we are offering a little vignette […] 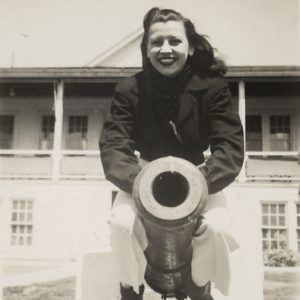 Jewel Flowers; a diminutive gem of an artist's model who was muse to Rolf Armstrong for half his career, and whose popularity at times threatened to surpass his. Armstrong began the 1940s known for vampy flappers and radiant pin-ups with art deco sophistication, a style that was waning in popularity at the time. His meeting with Flowers, an unknown […]