Who were the artist’s models and muses whose faces and figures are instantly recognizable to lovers of early 20th century art and photography? It’s a question we at Grapefruit Moon Gallery ask ourselves often, and the more we learn about them the more fascinating they become. To share our passion, we are offering a little vignette look into the lives of three of these beauties: Audrey Munson, Kiki de Montparnasse, and Evelyn Nesbit. All three are the subject of recent full length biographies, which we highly recommend! 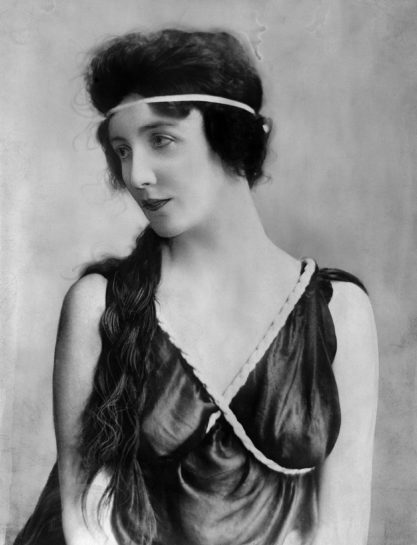 Munson can be seen in statues throughout New York City.

Notably, she was also the first movie star to appear fully nude in film, Inspiration (1915), one of four silent films she appeared in. Like so many of the muses, she had the knack for making others lose their senses when faced with her beauty. One suitor, Dr. Walter Wilkins murdered his own wife to pursue a relationship with her–just one of several scandals attached to Munson during her career.

Though she can be seen all throughout New York City and in countless works of art, her name is virtually forgotten, and her life would sharply turn towards the tragic in the 1920s. In 1931 her mother petitioned to have her committed to an insane asylum where she remained until her death, at the age of 104, in 1996. 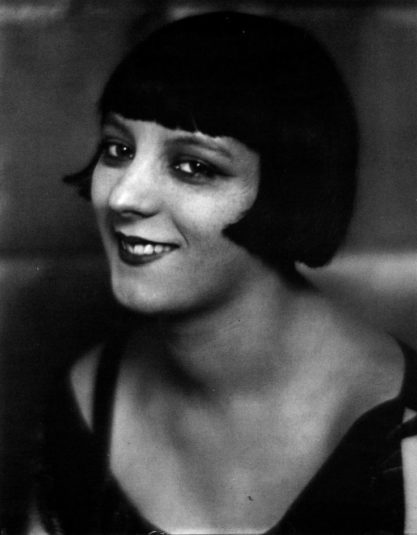 Alice Prin is the liberated woman personified. Nicknamed the Queen of Montparnasse and Kiki de Montparnasse, this French artist’s model, singer, actress, and artist became a symbol of Bohemian Paris in the 1920s.

Prin posed for some of the era’s most notable artists: Man Ray, Alexander Calder, Tsuguharu Foujita, Jean Cocteau, Moise Kisling, and many more.

Prin was also an artist in her own right. Her autobiography is one of the notable books to come out of the European avant-garde which were banned as obscene by the United States government. 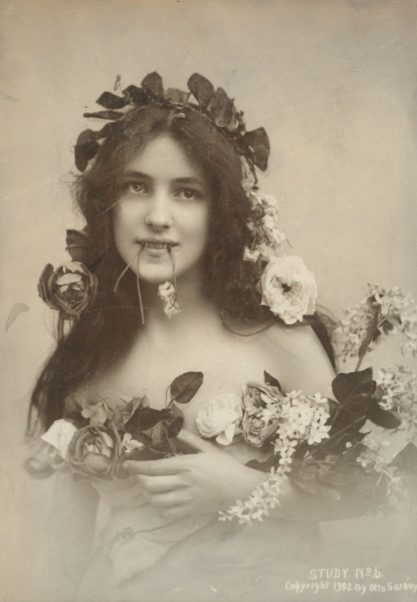 When she was 21, Evelyn Nesbit, an American artist’s model, actress, chorus girl, and cultural celebrity, was chosen by Charles Dana Gibson as the embodiment of femininity itself in his famous image “Women: The Eternal Question”. 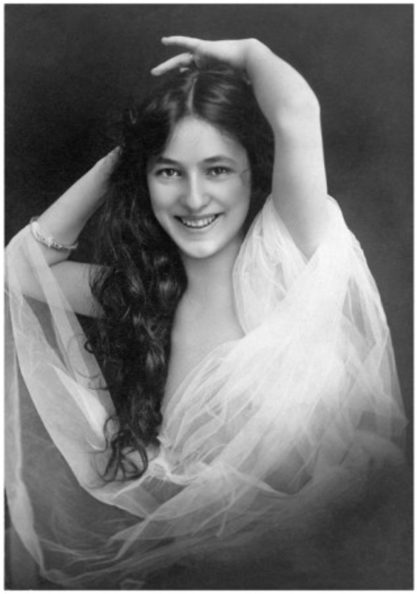 A wildly popular live nude model, Nesbit posed for photographers and artists alike. Those she sat for rank among the most significant figures of the period, and include Otto Sarony, Rudolf Eickemeyer, Jr., James Carroll Beckwith, and Frederick S. Church.

She has remained well known throughout the years compared with other models and showgirls of the period like Munson, due to her involvement in “The Trial of the Century.”   In 1906, her husband, Harry Kendall Thaw, murdered her lover, Stanford White, and as the tale of intrigue began coming out in the aftermath of the crime, America got one of its first glimpses behind the curtain of the “seedy” world of chorus girl theatrical culture.  The story would be dramatized in the 1955 film The Girl in the Red Velvet Swing, starring Joan Collins as Nesbit. 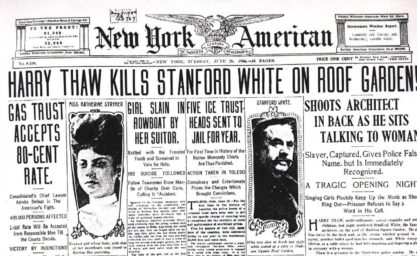 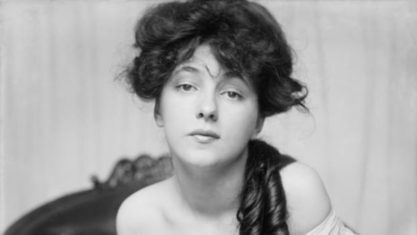