Jewel Flowers; a diminutive gem of an artist’s model who was muse to Rolf Armstrong for half his career, and whose popularity at times threatened to surpass his. Armstrong began the 1940s known for vampy flappers and radiant pin-ups with art deco sophistication, a style that was waning in popularity at the time. His meeting with Flowers, an unknown former Miss Lumberton beauty queen fresh off the bus from North Carolina reinvigorated Armstrong’s career, redefined his style, and began a life-long friendship.

Jewel met Armstrong to interview for the modeling position on March 25, 1940 and he asked her to try on a costume that he had in mind for his next piece: a black rumba dress. Flowers went straight to work modeling for the artist despite having no previous experience. The pastel he created that day would later be titled “How Am I Doing?” due to the nervous young model repeatedly asking Armstrong “How am I doing?” during that first session. It is one of the only occasions where Armstrong suggested a title to Brown & Bigelow. That calendar went on to become Brown & Bigelow’s best seller of 1942 and became one of Armstrong’s most reproduced pin-ups. The popularity of the image spread beyond the calendar page and Jewel became a fixture among World War II servicemen. Her image adorning the walls of soldiers’ bunks and decorating the noses of planes and barrels of tanks.

Jewel hung on to that life-changing outfit for decades, eventually gifting it to Mike Wooldridge, co-author of Pin Up Dreams, the definitive book about Rolf Armstrong, who became close friends with Flowers during the last decade of her life. We were fortunate enough to acquire the treasure from the Wooldridge estate for a time; it now belongs to a private collector.

To capitalize on the popularity of Flowers and the now iconic rumba dress, Rolf created two more pastels with Jewel in the same costume. “Encore” (c. 1941) and “Let’s Go” (c. 1944).

The relationship between Flowers and Armstrong was not just in a professional capacity. The two became very close friends and remained that way until Armstrong’s death in 1960.

Emboldened by the success of “How Am I Doing?” Armstrong went on to immortalize Flowers in more than sixty works of art, many of which also showcased her tiny but knockout figure in dramatic costuming.

Armstrong’s “On The Beam” (c. 1943) showed Flowers in a satin/nylon gown with a boned velvet bodice, which again we have been lucky enough to see in person after all these years.  Though fragile, the dynamic impact of the colors and style are phenomenal testament to Armstrong’s eye for fashion. 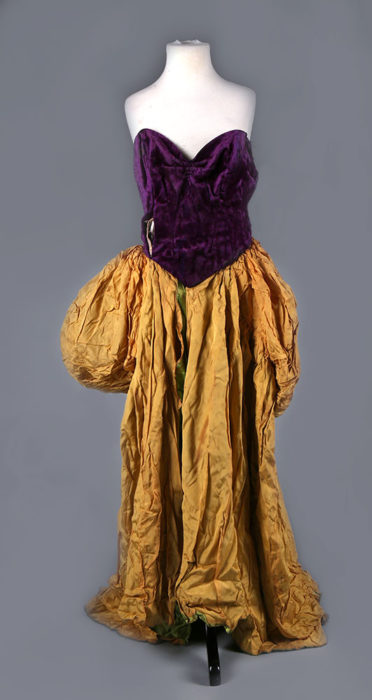 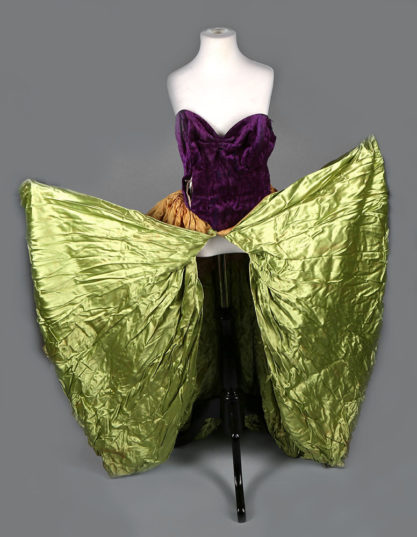