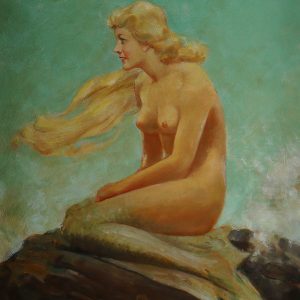 This painting was purchased from the Illustration House in the early 1990s and this exhibited artwork is rumored to have been modeled by Constance Bennett and for a time hung in the bedroom of her lover Phillip Wrigley. 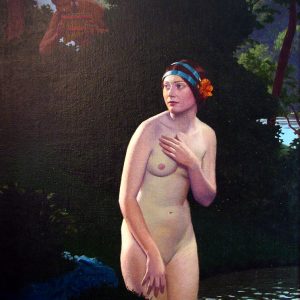