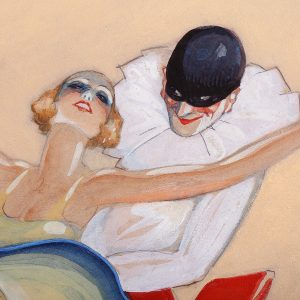 A wonderful and rare surviving cover painting by the American artist Charles Martin (1848 – 1934), who was an active illustrator and editorial cartoonist on the East Coast in the early 20th century. This mixed medium illustration appeared as the cover of the July, 1923 issue of Theatre magazine. A prima ballerina and devilish pierrot are seen in […] 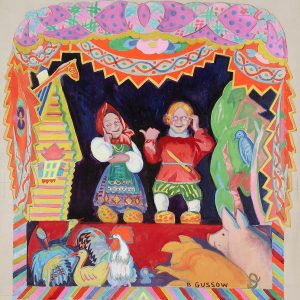 This oriinal painting by the Russian-American illustrator Bernard Gussow appeared as the cover of Theatre Magazine – The Magazine For Playgoers.