A large  c. 1936 signed pastel portrait by Zoe Mozert of the Hollywood film star Loretta Young from about the time of her starring turn in Ramona. Zoe Mozert was a much in demand Hollywood film magazine cover artist during the pre-code years of Hollywood tinsel town glamour. She later settled into a long and prolific career as a calendar pin up artist for Brown & Bigelow. The verso notations on this suggest it was created and commissioned for cover art for an as of yet unidentified by us Hollywood Movie Magazine title. This is matted behind glass in its original limed wood and enamel painted Art Moderne frame.

The lovely and versatile Loretta Young had a long career as an A-list Hollywood actress. 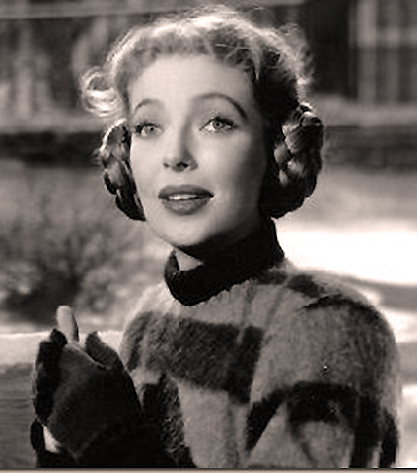 The most famous female pin up artist, Mozert (1907-1993), is an exemplary disciple of the Rolf Armstrong pastel style. Often her own model, Mozert is noted for rejecting sexy-girl cliches in favor of depicting more real-seeming young women, with recognizably individual features and personalities.

Her cover portraits of Hollywood starlets for such publications as Romantic Movie Stories and Screen Book were particularly popular, but she also contributed covers to such periodicals as American Weekly and True Confessions.

While the bulk of her work including such deliriously romantic nudes as “Moonglow” and “Sweet Dreams” was calendar-oriented (primarily for Brown & Bigelow), Mozert also made a mark as a movie poster artist, notably for Carole Lombard’s True Confession, and the notorious Jane Russell / Howard Hughes sex and sagebrush saga, The Outlaw. Even her less sultry sirens exude both charm and sex appeal.