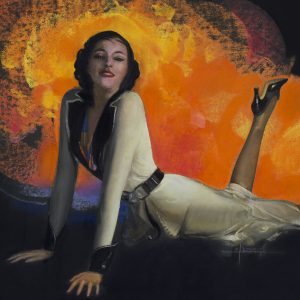 The story behind this original art deco pin up pastel by Rolf Armstrong provides a window into the artist's biography and the inner workings of the illustration business during the Great Depression.  The work originally appeared as a Brown & Bigelow calendar with the title You'd Be Surprised. Like several other of Armstrong's surviving pastel […] 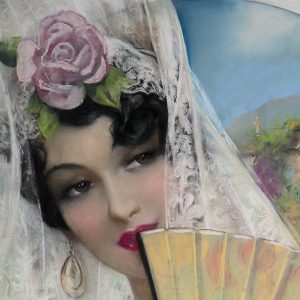 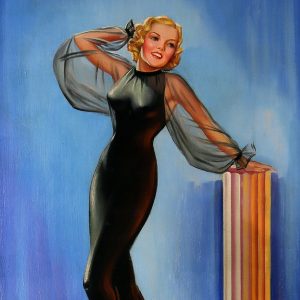 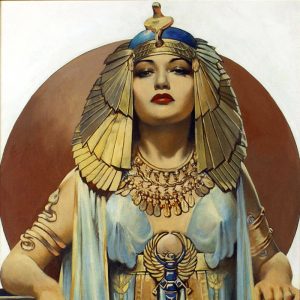 This rare original painting by Henry Clive graced the cover of the October 13, 1946 edition of William Randolph Hearst's The American Weekly. Clive often played with serialized themes in his work for the magazine, and this Egyptian inspired image was from a series entitled "Pin-up Girls of History." Pictured as Cleopatra is the lovely Hollywood film star Dorothy Lamour, whose impossibly good looks and exotic features draw comparison to the legendary queen of the Nile, though the actress never portrayed her in film. James Montgomery Flagg's watercolor sketches were an endless source of amusement and cheer to his friends and colleagues.  Here, the artist works to cheer up his friend Cecil Humpheys after the poor reviews of the 1942 revival of J.M. Barrie's play A Kiss for Cinderella in which he starred alongside Louise Rainer. Flagg depicts laughably […] 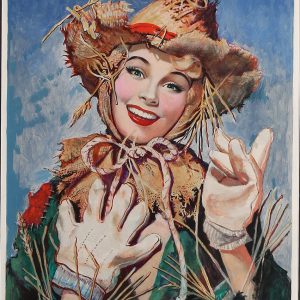 The Masquarade - A Scarecrow We are pleased to have this original pastel by the talented and prolific pin-up artist and illustrator R. Wilson Hammell. This Spanish attired, flapper girl envisioning of Joan Crawford was created either as a calendar art print for The Joseph Hoover Calendar Company or an early talkie movie era Magazine Cover. Crawford was an eager publicity hound in the early 1930's filling the void created by the elusive Garbo, who refused any publicity during the era of Crawford's ascendancy to stardom. 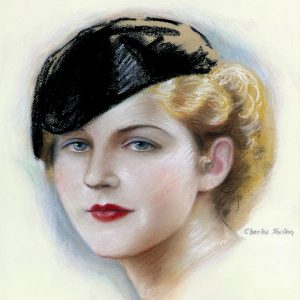 This stylized, fashionable pastel portrait of Hollywood film legend Norma Shearer by the prolific American illustrator Charles Sheldon shows off the sophistication the actress became known for in her pre-code appearances in films like The Divorcee. Sheldon was a leading illustrator of 1920s - 1930s Hollywood royalty, responsible for the covers which graced many of the film magazine titles […] 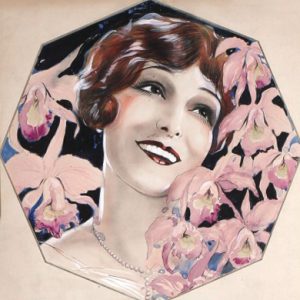 This 1926 pastel by Cardwell Higgens was created for an exhibitor's book produced by Paramount Pictures to promote their silent film star Florence Vidor.

Florence Vidor in Love the Magician 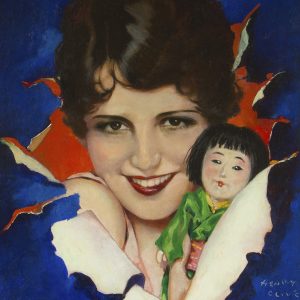