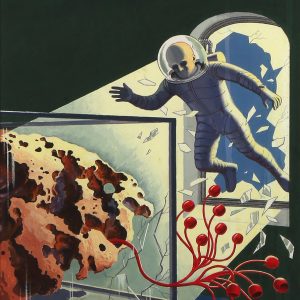 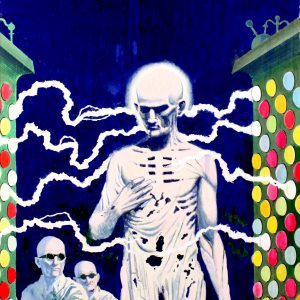 The original gouache cover painting by Lloyd Birmingham used for the December 1964 “Stories of Imagination – Fantastic” pulp magazine published by Ziff-Davis, illustrating the Philip K. Dick short novel “The Unteleported Man”. A fresh to the market cover published pulp painting that had remained for decades in the artists upstate New York estate. Work is handsomely framed in a retro looking limed oak fine gallery frame behind glass, comes with the complete published December 1964 edition of Fantastic Stories of Imagination.