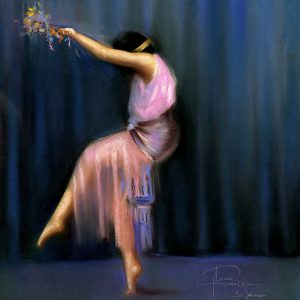 An early pastel work of a modernist avant-garde dancer by a then young Rolf Armstrong, which was done in Paris as he studied at the Academie Julian his first year there in 1919. The work appears to have been exhibited and to have received a bronze prize as referenced in the inkstamp on the […]