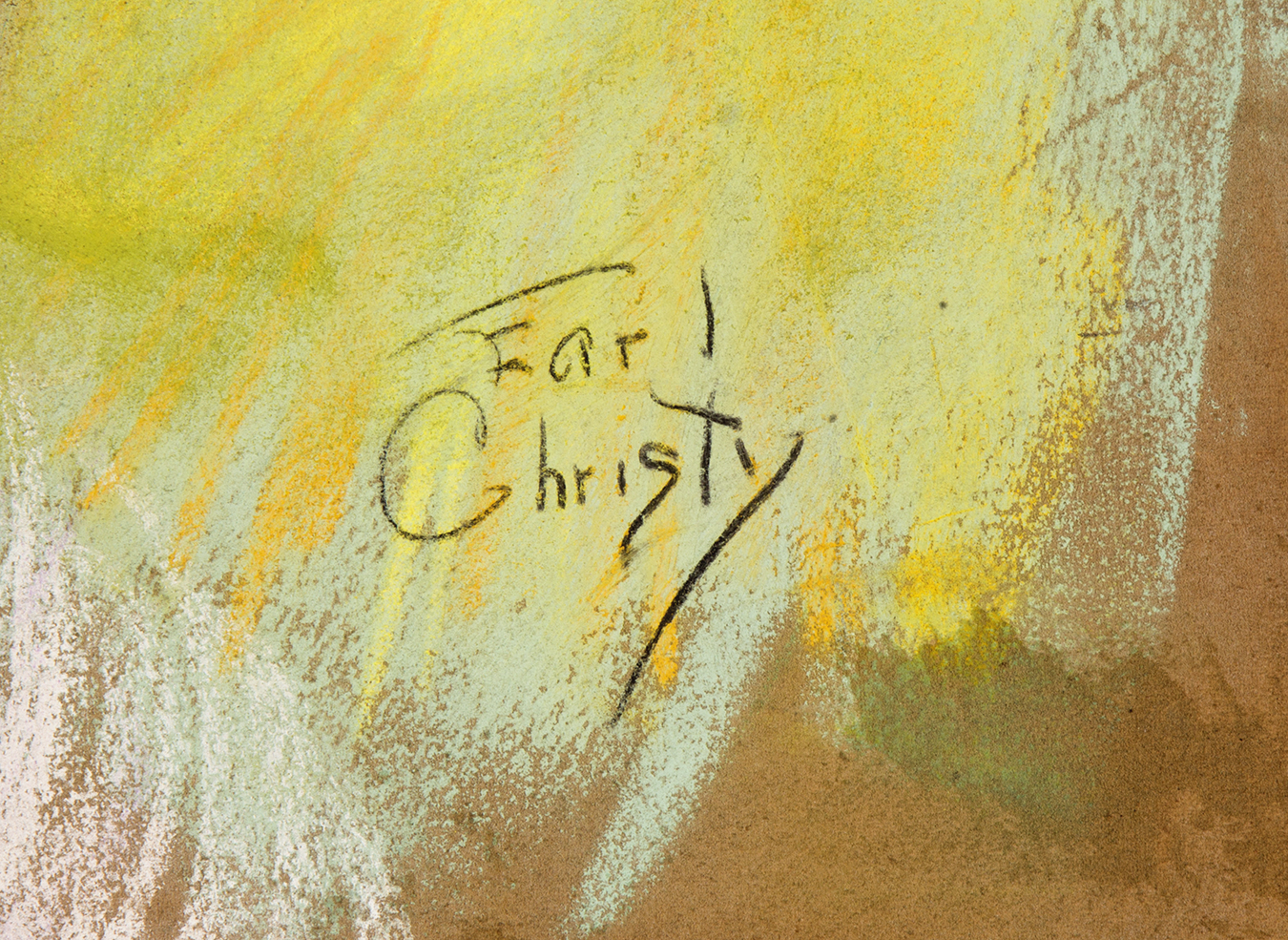 On offer is a variant of the original Earl Christy cover of Margaret Sullavan which was used as the May 1934 cover of Photoplay Magazine. We have yet to learn much about the exact history of this original piece of illustration art, but our best guess is that Christy created it for an advertising campaign he was working on at the same time as the Photoplay commission rather than as a preliminary for the cover.

The work is pastel on canvas, an unusual medium which Christy was known for using, and is too large and well-executed to be a preliminary. 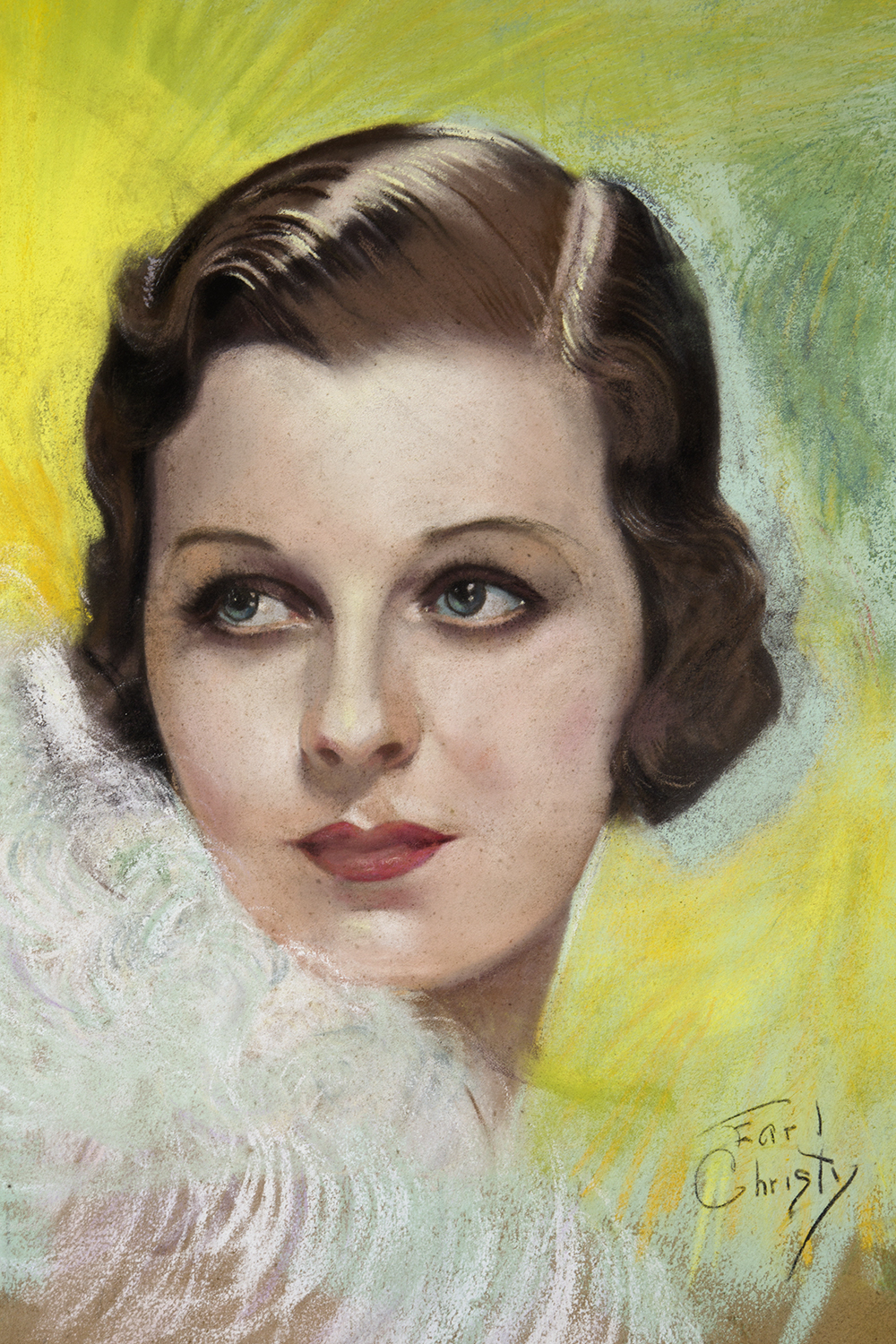 Born in Norfolk, Virginia to wealthy stockbroker Cornelius Hancock Sullavan and heiress Garland Council Sullavan, Margaret Brooke overcame a muscle weakness in her childhood to go on to become a rebellious teenager at posh private schools. She went on to perform with the University Players at Harvard and made her Broadway debut in Hello, Lola in 1926. Her Christmas Day marriage in 1931 to Henry Fonda lasted only 15 months, and her later marriages to director William Wyler and agent Leland Hayward were also tempestuous. Two of her three children, Bridget and Bill, would spend some time in mental institutions, and commit suicide. Friends noted that the collapse of her family life led to her breakdown. Her condition worsened over time, until she was discovered unconscious from barbiturate poisoning in a hotel room. Her death was ruled accidental by the county coroner.