The moment when Rita Hayworth pops onscreen for the first time in Gilda ranks among the most iconic film introductions of the 20th century. Her gravity defying hair flip and blinding smile seemed to epitomize mischievous flirtation, and through the extensive publicity campaign surrounding the film and a series of now legendary glamour photos by Robert Coburn, Gilda became every man’s fantasy. Pin-up illustrators, always quick to give the public what they want, were quick to offer their own Gilda inspired images.

Gilda wasn’t Rita Hayworth’s first introduction to the American imagination, though. A 1941 pictorial in LIFE magazine became so wildly popular with servicemen that Hayworth has been ranked the 2nd most popular pin-up girl of World War II (Betty Grable’s over the shoulder swimsuit photo ran away with the win).

Along with boosting morale, and inspiring amateur airplane nose art, the image would later get a second life in 1994’s The Shawshank Redemption. 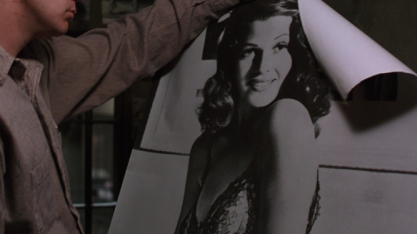 Shortly after Hayworth’s appearance in LIFE, the publicity campaign began for You’ll Never Get Rich, where Hayworth was presented as inheritor to Ginger Rogers’ position as partner to Fred Astaire.

Time Magazine marked the occasion by commissioning George Petty to recreate a publicity photo of Hayworth for the cover of their November 10th, 1941 issue.

That same photo would later inspire Billy Devorss to create this vision:

And here’s where we start to see how deeply Hayworth captured the hearts of some men. Billy Devorss seems to have been positively obsessed with Hayworth. Not only did he create the Gilda and You’ll Never Get Rich examples shown above, he also seems to have referenced Hayworth a number of other times. None of the images shown below were marketed as Hayworth, but they all in one way or another reference the actress, and when seen as a collection, point pretty clearly to the fact that Devorss saw Hayworth as a muse of sorts. This is not an exhaustive accounting of all the times Devorss appears to call out Hayworth’s spirit, and if you know of any others, please share them! 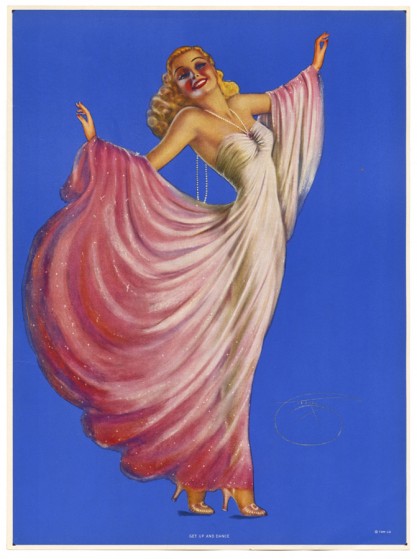 In 1943, the Thomas D. Murphy company published this image by Devorss “Get Up and Dance,” which also evokes Hayworth’s signature You’ll Never Get Rich look. “A Dancing Darling” (seen below) employs Hayworth’s cut out gown from 1945’s Tonight and Every Night.

Though he changes her sun hat to a parasol, the image seen below owes a debt to Hayworth’s period costuming in My Gal Sal. 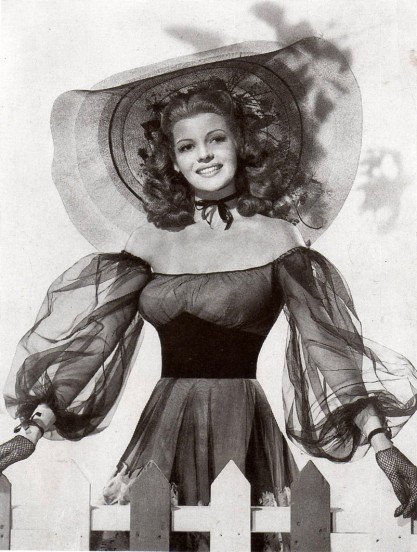 Another homage to Coburn’s photography for Gilda appears in this rare 1951 calendar for Kemper Thomas, titled “Stardust”.

Even Devorss’s signature floating heads manage to reference Hayworth, as seen in the jewelry and scandalously low cut blouse seen below.

And rarely did anyone capture Hayworth’s trademark Gilda smile as well as Devorss in this example. 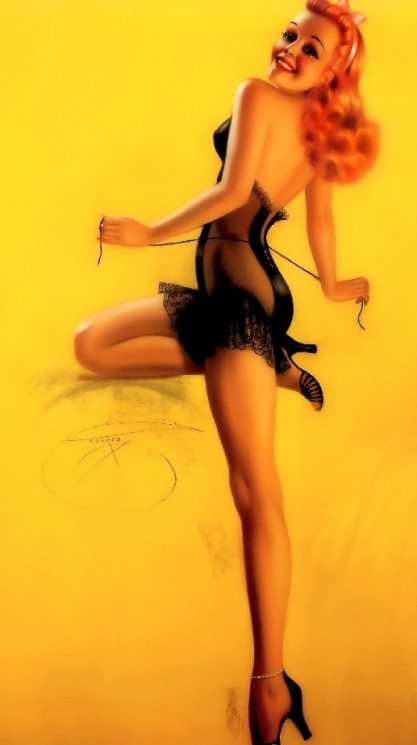 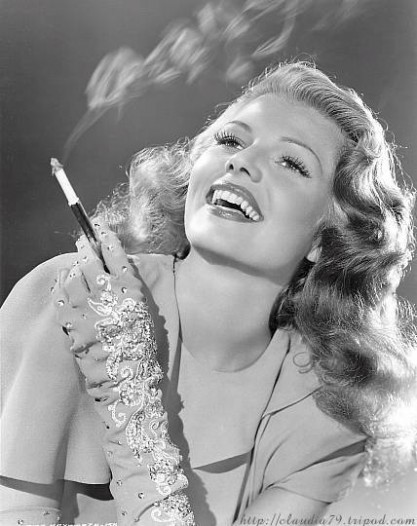 None of our research has uncovered a personal connection between Hayworth and Devorss, but his fascination with the woman who came to be known in the tabloids as “The Love Goddess” is undisputable. Really, can you blame him?