Masterfully composed, large and somber, this haunting oil on canvas painting by Tom Lovell appeared in the June, 1943 edition of Cosmopolitan magazine.  An interior illustration for the serialized story “What Became Of Anna Bolton?” by Louis Bromfield, which told the story of an American socialite in Vichy France. The moment details the militarization of Paris by German forces in the early days of World War II, with uniformed soldiers both standing guard and also taking the seats where Bolton and her high-flying set used to gather. The artist captures three generations of women turning their backs on their old lives and walking into a dark future, imaginatively evoked through the complexity and intricate details of the painting. The elder Miss Godwin is shown in guarded resignation, Anna is depicted in disbelief, and an infant child gazes out with blissful innocence. Just a captivating example of narrative illustration, and one of the artist’s most important and well known paintings. The story caption reads as follows: “The Nazis stared as Anna walked down the corridor of the Ritz, with a baby in her arms, followed by Miss Godwin.”

A high grade complete edition of the Cosmopolitan Magazine that this painting appeared in is included in the sale. Lavishly framed in an commanding Larson-Juhl wide profile frame that is nearly as imposing as the scene depicted in the painting. Illustration is featured as a color page (page 67) in the recently published Tom Lovell Illustrator by Daniel Zimmer (Illustrated Press). 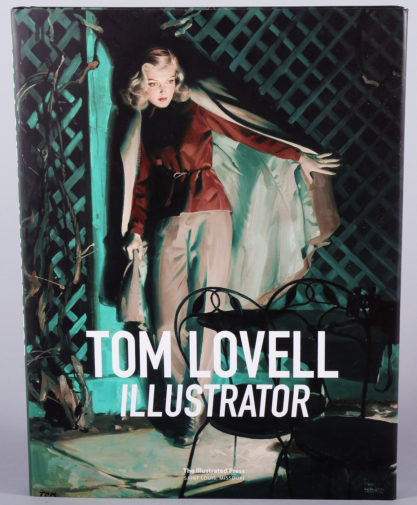 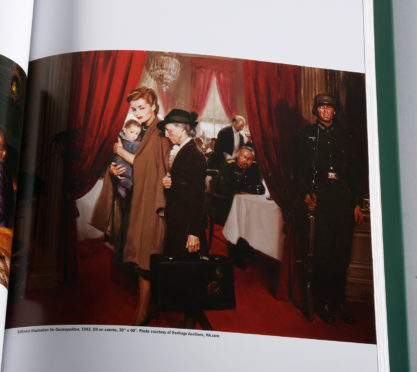 The Occupation Of Paris