Neysa McMein advertisement for Wallace Silver This stunning and expertly rendered pastel by Jazz Age illustrator Neysa McMein appeared as advertising for the R. Wallace & Sons Mfg. Co.'s line of silver plate.  Connecting the elegance of McMein's flapper beauty to the idealized "perfect hostess", this provides a wonderful window into what was considered "the […] 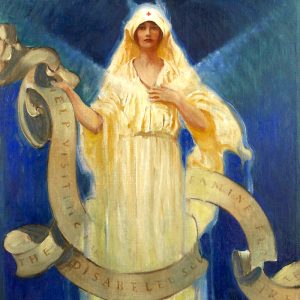 This stirring post-World War I original oil painting by an American illustrator was created to promote the annual Red Cross Roll Call. Annually, the Red Cross would put out a year-end appeal urging Americans to support their work helping to "succor humanity" in times of crisis.  An angelically depicted nurse is shown holding the banner of […] 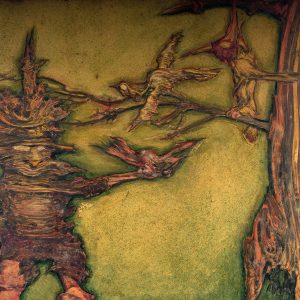 On offer here is an important avant-garde painting, acquired from the descendants of Frederick Waugh, which is stylistically in keeping with his work for The Clan Of Munes and appears to date to the same moment in the artist's career. Using the same experimental techniques and playing with modernist abstraction, this eerie painting also hearkens back to Germanic fairy tales. 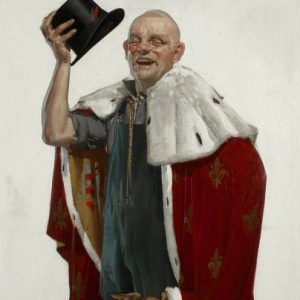 This oil on canvas Americana original illustration by E.M. Jackson dates to the 1920s and presents a vision of the working man as "King for a Day." Titled "Labor Day," this was likely created as cover art for a September issue of a title from the Curtis publishing line of magazines. Along with the Saturday […]