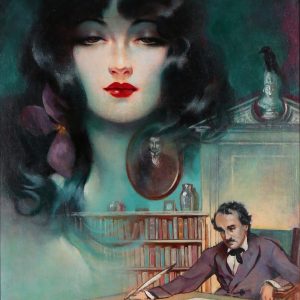 An exceedingly rare surviving Henry Clive cover illustration from his 20+ years creating for The American Weekly. This painting was from a series done in 1934 titled, Darlings of the Poets. In this series, Clive illustrated the inspirations for leading poets and writers. This particular oil on canvas depicts “Lenore” as the lost and sorrowful inspiration behind The Raven as written by Edgar Allan Poe. 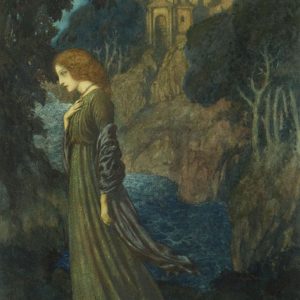 A sensational original signed and dated 1912 painting by Edmund Dulac published as the fourth plate in the Hodder & Stougton edition of The Bells and Other Poems by Edgar Allan Poe. A master of early 20th century illustrations, Dulac is known for his mysterious and compelling depictions of fairytales and imagined lands. Pictured […]