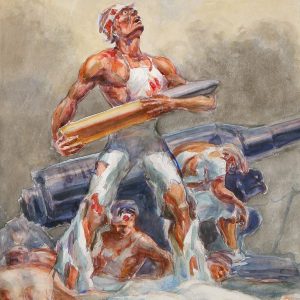 This is a gritty Ashcan School-influenced Social Realist depiction of several wounded WW II-enlisted Navy Men reloading a rocket launcher while under heavy attack. A large watercolor-on-artists-paper by the very well listed Boston artist Henry O'Connor, who was a member of the Boston Art Club, president of the Artist Fellowship in New York City and The Salmagundi Club. O'Connor's work appeared in McClure's magazine, he illustrated several U.S. Navy books, and did presidential portraits of Roosevelt and his son. 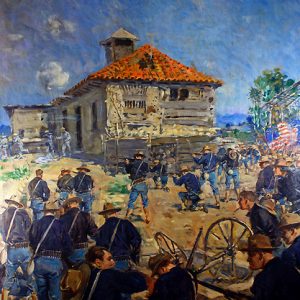