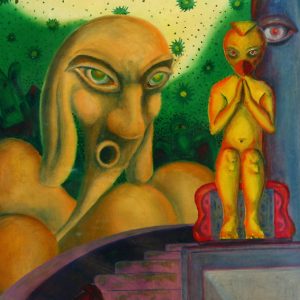 Alien Culture, Cosmag, The Mutant, Spaceteer, Star Western, Martian News Letter; what do all these things have in common? All have fantastical names that thrust your mind into adventurous flights of fancy, and all belong to the 1940s subculture of science fiction fandom. They also all feature the work of the prolific, obscure, and intriguing […] 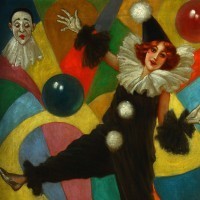 Perhaps the best-known character from the Commedia dell'Arte, Pierrot has occupied a starring role in pop culture since the late seventeenth century. The sad clown has been an inspiration to countless artists, writers, and musicians, including Picasso, Matisse, Maxfield Parrish, Michael Jackson, Lon Chaney, Debussy, Langston Hughes, and of course David Bowie. One of the […] 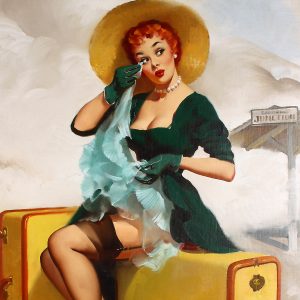 The Gallery makes headlines! Our new show, "Welcome Traveler: A Pin-up Journey," was featured in Pioneer Press. Read about the show and our owner Dan Murphy's take on the pin up scene.   Treasures from the heart of our collection are on display at Gallery 122 at Hang It. Peerless examples of pin up art […] 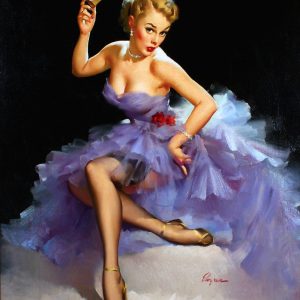 In an exciting coincidence, our founder ran into one of Gil Elvgren's favorite models this week in Hollywood. The lovely Myrna Hansen, Miss USA and runner up in the Miss Universe Pageant of 1953, was muse to countless mid-century artists and photographers. The radiant former model graciously spoke with us about Elvgren and one of our favorite […]

Dispatch from the West Coast 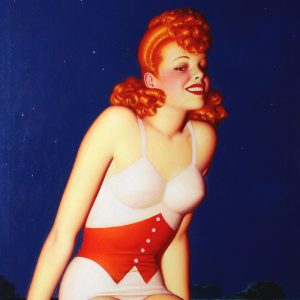 Today we are beyond thrilled to have the opportunity to post the first guest blog on Grapefruit Moon Gallery. Jack Raglin, America's premiere scholar of Enoch Bolles, and an all-around great guy to know, took the time to investigate Meet Your Water Lure the newly posted Film Fun cover we added to the website yesterday. […]

Enoch Bolles and a Study in Red 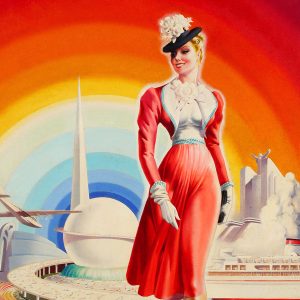 One of the current favorites at Grapefruit Moon Gallery is the noted French-American artist Andre Durenceau, and we're thrilled to have just added this fresh new artwork to the website. The artist was born in Auray, France in 1904, and after studying at Paris’ l’Ecole des Beaux Arts, he moved to the United States in 1923 […] 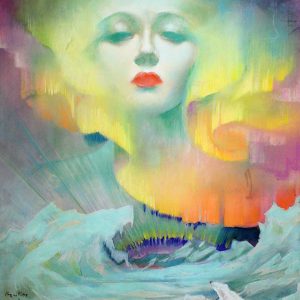 Australian-born artist Henry Clive (Henry Clive O’Hara) started out as a vaudevillian magician, became a silent film performer, and gained fame as an artist. His career as an illustrator began nearly by accident, when impresario Flo Ziegfeld discovered one of his sketches.

Henry Clive and The American Weekly 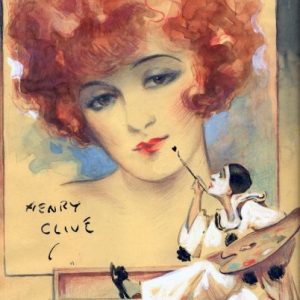 What is illustration art? Original illustration art is the original drawing or painting which was created with the purpose of being reproduced for print. Often accompanying text, be it narrative or advertisement, these images helped to tell a story. While illustration art has existed since before the printed press was invented, the mechanical advancement of […] An iconic Prohibition-era chromium cocktail shaker from Faberware A history of the cocktail and their shakers in American society. Though Happy Hour had existed since the turn of the century, when 5 pm ‘tea-time’ was usurped by cocktails, the sacrifice of World War I led to a post-war pleasure seeking public who wanted nothing more […]

A history of the cocktail shaker, just in time for New Year's 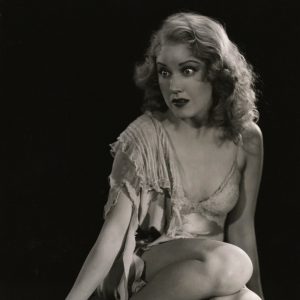 With the advent of sound in the early 1920s and its adoption by feature length films in 1927, films got dirtier. During the silent era the lack of dialogue constrained plots, and with sound narratives grew more complicated and came to involve adult themes and politics, incorporating dirty speech into what had previously been only […] 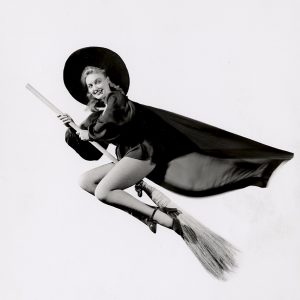 Did you know that this year Halloween fell at the new moon? What better reason to use the day to celebrate our new office, and welcome the newest member of our team, Ali. Somehow with only four people, we managed to squeeze in an entire century's worth of looks (a fitting metaphor for any day's […] 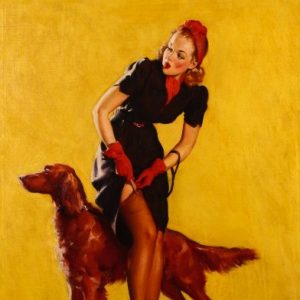 We are thrilled to announce the discovery of several original pin up paintings from the Louis F. Dow calendar company of Saint Paul, Minnesota, never before offered to the public. “A Hitch in Time,” “High and Dry,” and “Foil Proof” from Gil Elvgren and Charles Showalter are unparalleled examples of original early 1940s calendar art, […]