The parties at Ocean House … were strictly Marion, and there with gaiety, generosity, and bubbling fun she entertained her multitude of friends. Each year she gave a costume ball on W.R.’s birthday. There was a 49’er party; a kid party, when Gable came as a boy scout and Joan Crawford as Shirley Temple; an early American party, when Hearst dressed as James Madison, a your favorite movie star party, which saw Gary Cooper as Dr. Fu Manchu and Groucho Marx as Rex the Wonder Horse. But the most lavish of all was the circus party. Two thousand guests assembled. Cary Grant and Paulette Goddard dressed as tumblers and … made a most impressive entrance cartwheeling across the floor. Henry Fonda came with a group of clowns; Bette Davis was a bearded lady … I don’t remember what Marion wore, but I do remember thinking, in spite of his noble profile, how forlorn and self-conscious W.R. looked as the ringmaster.

The glamour, mayhem and culture of the Golden Age of Hollywood continue to resonate in American culture to this day, its influence nowhere better seen than in Halloween parties and costume contests. But while we’re dressing up as Holly Golightly, a Louise Brooks inspired flapper, or a Lon Chaney monster, we tend to forget that some of those celebrities loved to play dress up just as much as we love dressing up as them. These stars didn’t just get dolled up for movie premieres or cake on makeup for film roles. They also enjoyed throwing lavish parties for their friends and colleagues – and costume parties were all the more fun!

Marion Davies, for most of her enduring love affair with newspaper magnate William Randolph Hearst, would throw one of the most infamous of these fetés yearly to celebrate Hearst’s birthday. And just like any good party today has a selfie wall or a photo booth, Davies kept a photographer on hand to capture her guests in their costumed revelry.

This particular party appears to date to c. 1930 – 1932 with Davies playing host to a plethora of famous stars at her Hollywood bungalow. Some of the stars that were known to be in attendance were Clifton Webb, Marilyn Miller, William Haines, Ruth Chatterton, Boris Karloff, Robert Armstrong, Bruce Cabot, Norma Shearer, Basil Rathbone, Eric Rhodes, Ruth Draper, Gloria Swanson and Max Rogers.

With their costumes and makeup, along with the casual nature of the photography, we had some difficulty in identifying all the stars at Davies’ party. But we can say for sure that this star–studded soiree is sure to inspire our Halloween gatherings this year! 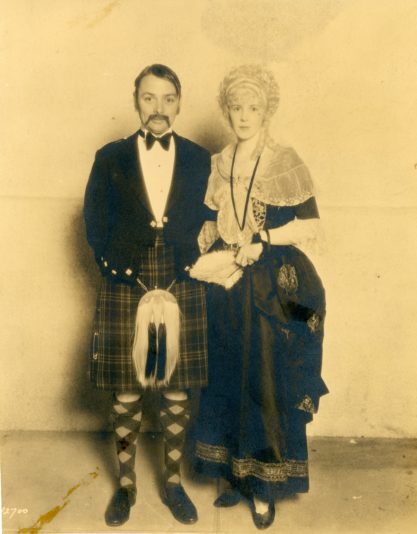 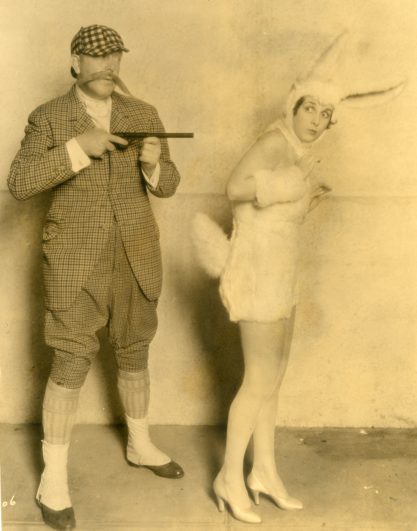 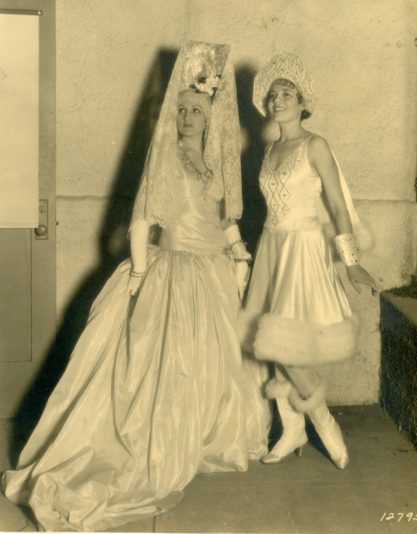