A deeply moving reflection on the tremendous loss and upheaval caused by World War I, this allegorical preparatory painting by the American artist, sculptor and muralist Eugene Savage was a preliminary study for the epic murals that grace the Grand Reception Hall of the Elks Veterans Memorial and Headquarters, Chicago, IL. At the opening reception in 1926, Arthur Correy, the then president of the National Society of Mural Painters, called these works “the most important event in the history of American mural painting.” Filled with symbols of the best of humanity including doves of peace, goddesses of charity and brotherly love, this is a beautiful, somber, yet triumphant image. After his work on the Elks Memorial and a number of other large public projects, Savage was awarded the Gold Medal of Honor in 1929 by the Architectural League of New York. 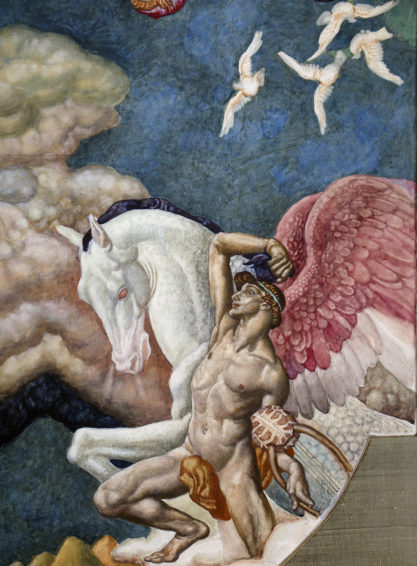 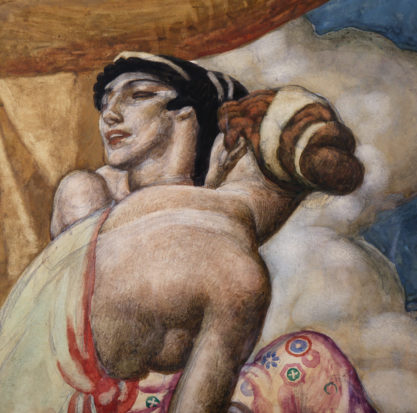 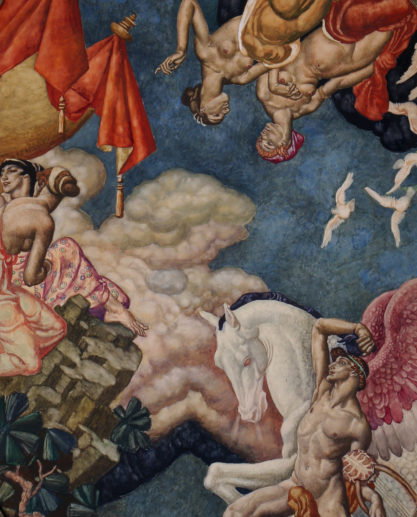 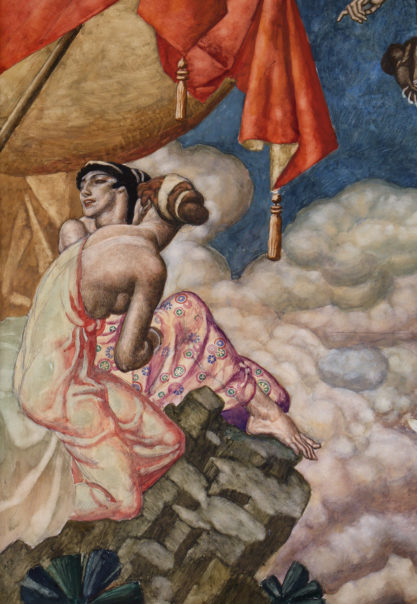 The Elks Veterans Memorial and Headquarters Building has been a Chicago landmark since its dedication on July 14, 1926. Designed by New York architect Egerton Swarthout, it is a grand piece of public architecture, functioning both as a moving memorial and a monumental headquarters for the time honored fraternal order. On site are sculptures by Adolph A. Weinman, James Earle Fraser and Fraser’s wife, Laura Gardin Fraser.

Eugene Savage and Edwin Blashfield were both hired by the Elks War Relief Commission to create murals rich with allegories of fraternity and patriotism, depicting the hardships and great losses suffered by mankind during the First World War which ended in 1918. This detailed and colorful watercolor study shows the short lived but optimistic prospect of peace as white doves fly away symbolically announcing the return of armistice.