On offer is a remarkable published pulp cover painting by Lejaren Hiller (American, 1880-1969), titled Absinthe, for Flynn's Weekly Detective Fiction Magazine - April 21, 1928. Between 1924 and 1939, the artist created hundreds of covers for this long running title, and this is among the most captivating. The image showcases an up-to-the-minute smoking flapper girl feeling strangely fine as the hallucinogenic effects of the bottle of absinthe she has just consumed wash over her body, soul and mind. To further the hedonistic mood, smoke plumes seductively drift off into the cafe where she is seated. The setting evokes the fast-living expatriate Americans who took to Paris after World War I, escaping prohibition and their own demons. We found an interesting visual from the Elspeth Brown book The Corporate Eye, which examines photography as a mass media technology and its influence on the progressive age in American culture. It shows Lejaren Hiller's proof photograph of the model as used to create this now iconic pulp cover. That image is seen below.  It is possible that a copy of this photograph was mounted to the illustration board as a guide to Hiller's painting, as he often explored such mixed media methods in his work.Cover painting is handsomely framed under glass and French matted in an antique gold gesso ornate antique frame.

Lejaren Hiller was born John Arthur Hiller on July 3, 1880 in Milwaukee, Wisconsin, he finished high school in 1899 and worked as an apprentice at a local design shop. In 1902 he studied industrial design and advertising at the Art Institute of Chicago.

He moved to New York City in 1906 and changed his name to "Lejaren à Hiller." His friends called him "Larry." He opened an art studio at 23 West 31st Street.

He became an active member of the New York Society of Illustrators, and he was instrumental in organizing the club's annual costume balls for many years. As a creative outgrowth of staging and photographing these theatrical pageants, he became fascinated with the process of composing artful passion plays. He was soon heralded as the "creator of American photographic illustration."

He married in 1922 and his son, Lejaren Hiller, Jr., was born in 1924. His son later became a famous composer of computer-generated music and a collaborator with John Cage.

In 1926 he produced his most elaborate series of theatrical tableaux illustrating the history of Surgery Through The Ages as an advertising campaign for the medical manufacturer, Davis & Geck Co., which was compiled and published as a deluxe folio in 1927 and reprinted as a hardcover book in 1933. A photogravure from this evocative yet just bizarre series is pictured below. 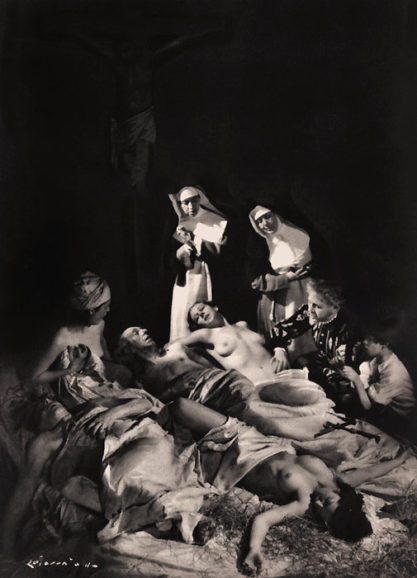 From 1924 until 1939 he sold hundreds of freelance pulp covers to Flynn's Weekly, a.k.a. Detective Fiction Weekly. This was his longest relationship with a pulp magazine publisher, and it began with the cover of the very first issue.

During World War II he supported the war effort by creating several photographic posters of patriotic and informative subjects. 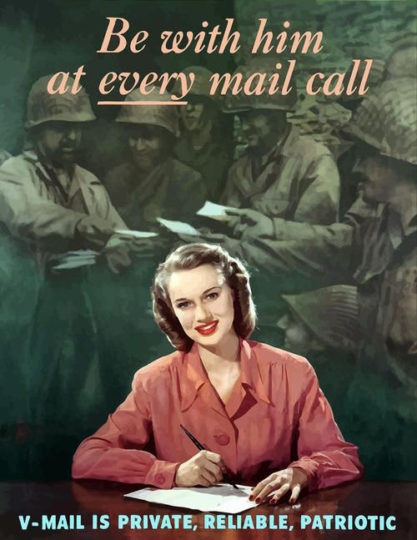 During the 1950s and 1960s he worked as a photographer of the New York Jazz music scene.