In an exciting coincidence, our founder ran into one of Gil Elvgren’s favorite models this week in Hollywood. The lovely Myrna Hansen, Miss USA and runner up in the Miss Universe Pageant of 1953, was muse to countless mid-century artists and photographers. The radiant former model graciously spoke with us about Elvgren and one of our favorite paintings, “Out of the Running,” which she modeled for. According to the pin up, she started working for Elvgren around 1950-1951, at the age of 15. At the time of  “Out of the Running’s” creation, Miss Hansen was in high school and Gil appears to have been inspired by her personal life, as she wore the very dress she appears in to her prom, although as she vividly recalls it was green not purple. Elvgren worked with an assistant, Peter Darro (who later went on to become an accomplished pin up painter in his own right), choreographing and creating each pin up scene in a photography studio, taking stills that have recently begun to surface. Elvgren worked from these posed still photographs in lieu of a live model to create the paintings as each canvas typically took a week to paint. Thank you Myrna Hansen for sharing your memories as America’s famed pin-up girl.

Below are views of the the model as posed by Elvgren for his commissioned Brown & Bigelow calendar pin ups. 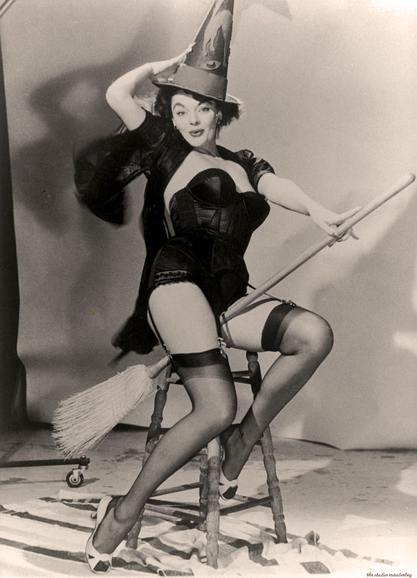 Dispatch from the West Coast